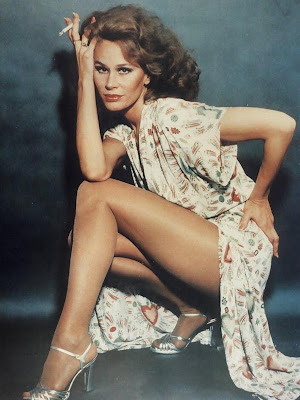 While Karen Black would probably want to be remembered for her roles in critically acclaimed dramas like "Easy Rider" and "Five Easy Pieces", or even for her role in Alfred Hitchcock's final movie "Family Plot", most film lovers of my generation, and horror fans in general, remember her as the woman menaced by an African fetish doll in "Trilogy of Terror", or as the ill-fated wife in "Burnt Offerings".

Black is over 70 years old now, but she is still going strong. She worked on seven movies in 2007, including the soon-to-be-released horror films "Some Guy Who Kills People" and "The Ganzfeld Experiment".