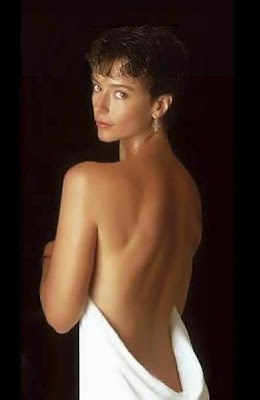 Rachel Ward is a top fashion model who turned to acting. She is best known for appearing in romantic items like "The Thorne Birds" and "Against All Odds", but her extensive resume also dotted with numberous chillers like "The Final Terror", "Black Magic", and "Double Obsession" (which also featured previous Saturday Scream Queen profilee Maryam d'Abo).

Rachel Ward was busiest as an actor during the 1980s and early 1990s, after which she split her time between her career and her three children. As the new millenium dawned, she added writer/director to her credits, and she has directed and/or written nine films so far.