'The Dark Watchers' is almost worth watching

It's been a while since I've had time to post an actual review here. Hopefully, this marks the reversal of that trend!

A group of UFO enthusiasts (Barrows, Cohen, Denholme, and Monk) become targets of the Men in Black and gradual transformation into something not human! 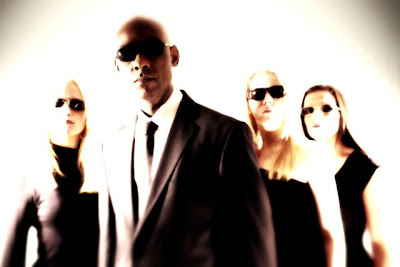 This film offers a model on how to make the modern exploitation film. It's a cheaply made movie that's being promoted with great-looking graphics and a fascinating preview that highlights the three attractive women that play the lead roles and which, together with the title, bring to mind the completely unrelated big-budget "Men in Black" movies starring Tommy Lee Jones and Will Smith. The timing is also ideal, as there's a third Jones/Smith "Men In Black" film due out this year. A simple, great-looking website (which you can check out by by clicking here)further helps to make this film look like something you want to rent or buy.

Like the vast majority of exploitation flicks, the actual movie can't live up to the great promotional graphics and the nifty preview. (Actually, this can be said about a host pictures, including more "respectable" ones, but it is especially true of films like this one.) I was about 15 minutes into the film when I realized that it would not live up to the promises of the marketing material, any more than Roger Corman's "She-Gods of Shark Reef" did.

While the film is every bit as stylish as I would expect from the preview and it features decent acting and some great story set-ups, it fails to deliver on any of the promises inherent in those story set-ups. The film ultimately feels like an incoherent collection of vignettes during wich the main characters (and a couple of random chicks running around in blood-soaked clothes) are tormented by the Men in Black and the strange aliens who are heralding some unspecified doom. And at no point in the film does anything become any clearer, nor does anything that we watch ultimately seem to have any point other than to eat up the film's running time.

Ultimately, "Men in Black: The Dark Watchers" feels like someone edited out the film's content and left the padding. The music video included as a bonus feature on the DVD is more coherent, and therefore more interesting, than the main feature.

And this is really too bad. It's clear this film was written and directed by a creator of some talent, and the marketing is really very slick. If just a little attention had been paid to story, I think I'd probably be praising this movie instead of panning it.


Posted by Steve Miller at 9:33 PM 8 comments: Links to this post 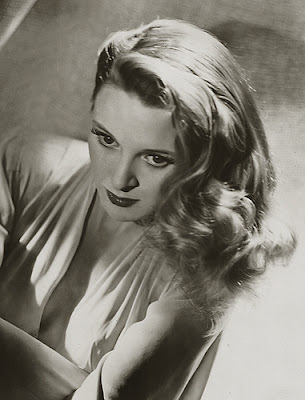 After getting her start playing uncredited bit-parts in British pictures, actress Evelyn Ankers emigrated to the United States in the late 1930s, and she signed a contract with Universal Pictures as World War 2 was about to erupt.

At Universal, Ankers was the queen of the studio's B-movie line-up, appearing in landmark pictures like Abbott and Costello's first horror comedy "Hold That Ghost", the horror-genre shaping picture "The Wolf Man", the quirky Southern Gothic vampire flick "Son of Dracula", and two of the Basil Rathbone-starring "Sherlock Holmes" movies. She also has the distinction of co-starred with Lon Chaney Jr. more than any other of Universal's leading ladies, including appearances in two of the "Inner Sanctum" movies. Interestingly, Ankers and Chaney had a strong dislike for each other, despite their frequent pairing on screen.

Between the years of 1941 and 1945, Ankers made 29 films for Universal. Her ability to scream was a trademark during these years, as was the way form-hugging and elegant gowns showed off her body. In 1946, she went freelance and made films for Republic Pictures and Columbia Studios, but by 1950, the sort of thrillers and horror films she had built her career on were no longer popular and she entered semi-retirement at the age of 32. The 1950s saw her do occasional guest shots on television series, and she retired permanently from acting in 1960 after co-starring in the religious drama "No Greater Love" with her husband Richard Denning. 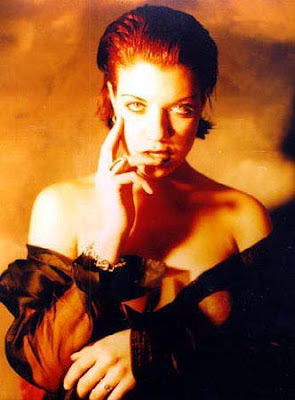 Born in New York-born Tiffany Shepis got her start in modeling and acting while still a child, appearing in music videos, but in her late teens she began an association with Troma Films that saw her appearing in numerous shorts with director/producer Lloyd Kaufman, as well as in Kaufman's offbeat/off-color horror comedies "Tromeo and Juliet", "Terror Firma", and "Toxic Avenger IV: Citizen Toxie."

Shepis actively seeks out horror roles and prefers to work in oddball indie pictures. Since her film debut in 1996 she has appeared in more than 90 movies.
Posted by Steve Miller at 6:06 PM 1 comment: Links to this post 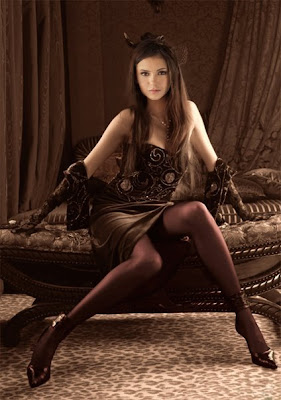 Nina Dobrev immigrated to Canada with her family from Bulgaria at the age of two, and she showed a great enthusiasm for sports, dance and acting while still very young.

She landed her first acting jobs while in her teens, including a leading role on the TV series "Degrassi High: The Next Generation."

Although only now in her early she has major roles on two television series to her name, and appearances in almost 20 movies. In the horror genre, she co-starred with Kevin Sorbo in "Never Cry Werewolf" (a SciFi Original Picture that actually was pretty good), had a supporting role in the Liam Neeson-Starring thriller "Chloe" and she can currently be seen in a major recurring role on the television series "The Vampire Dairies".
Posted by Steve Miller at 12:02 AM 1 comment: Links to this post 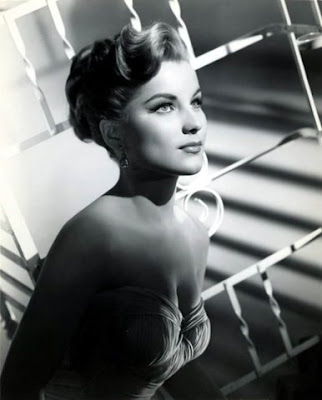 Debra Paget was the daughter of a "stage mom" who pushed all her children into acting careers. Born in 1933, Debra was placed under contract with 20th Century Fox at the age of 14, and went onto star in over 40 films, mostly westerns and "sword-and-sandal"-style fantasy epics ranging from "The Princess of the Nile" at the beginning to her career, to "The Ten Commandments" at the middle of it, to "Cleopatra's Daughter" as its end.

In between the epic costume dramas and westerns, Paget appeared in a few thrillers and horror films, most notably of these being two of Roger Corman's lush gothic chillers from the early 1960s "Tales of Terror" and "The Haunted Palace".

Paget retired from acting at the age of 30, at the height of her beauty, and married a Chinese millionaire. Paget reportedly divorced him in 1980, but has remained far from public life.
Posted by Steve Miller at 12:01 AM 2 comments: Links to this post