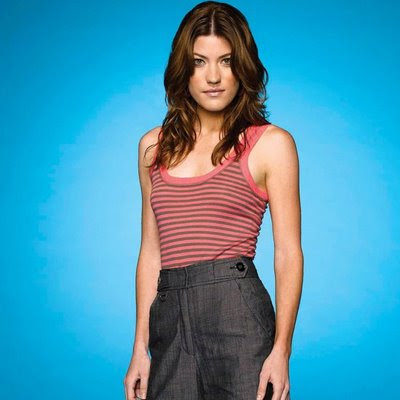 Born in Kentucky in 1979, Jennifer Carpenter trained at New York City's famous Julliard School, making her professional acting debut on Broadway in 2002. Her first films ro9les were in dramas about New Yorkers in the aftermath of the 9/11 terrorist attacks ("People Are Dead" in 2002 and "Ash Wednesday" in 2003), and in 2005 she made her had her first horror movie appearances in 2005, with starring roles in "Lethal Eviction" and "The Exorcism of Emily Rose."

In 2006, Carpenter was cast as the foul-mouthed sister-by-adoption and law enforcement colleague of the title character in "Dexter." This long-running mystery television series has lots of horror overtones, as its main character is a psychopath who was molded by his adopted father to be as close to a force for good as he could possibly become, and who become a serial killer who targets serial killers, both identifying them and covering his tracks through his job as a police scientist. Carpenter remains a fixture of the series, which has been renewed by Showtime through 2013.

Carpenter recently completed work on "The Occult," a thriller about members of a religious sect who are being murdered to bring about a prophecy. No firm release date has been set, but it will likely be released around the middle of 2013.