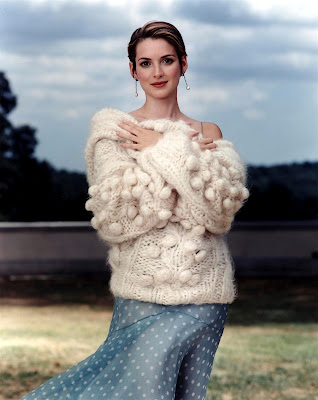 Born to hardcore hippie parents in 1971, Winona Ryder's earliest years were spent on a commune without electricity. Still, she would steal away with her mother to a nearby barn that had electricity to watch movies, often at the expense of going to school.

Ryder eventually graduated from high school with a 4.0 GPA, and she was already on the path to being a professional actress. Although her career has been focused mostly around mainstream dramas and romantic comedies, her first major horror roles came in 1988 when she had starred in both "Beetlejuice" and "Heathers".

Other horror projects have been "Lost Souls" (2000) and "Bram Stoker's Dracula" (1992). Ryder was instrumental in shaping that last project, conceiving and pitching it to producer/director Francis Ford Coppola, and being heavily involved in lining up the cast.

Ryder recently completed work on animated horror comedy "Frankenweenie", providing the voice of Elsa Frankenstein. The film is slated for release on October 5, 2012.