31 Nights of Halloween: The Devil's Grave

Things go from bad to worse when a pair of lovers set out to bury her husband's dead body in the back yard. 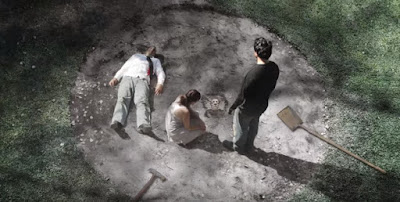 Like other works I'm finding for this year's traditional mini-film festival, I think the music soundtrack is a bit overblown, but otherwise it's a nice effort. The script is especially good for this--although I feel the direction stumbles a bit at the end. I think the film would have been better served by keeping the delivery of the final line calmer and more low key like everything else had been up to that point..