When a group of friends summon a demon, some of them live to regret it. But for how long? 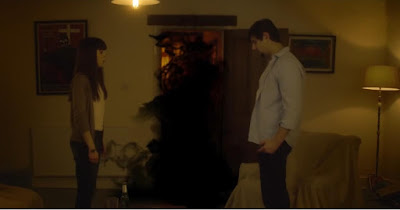 This film is vibrating horror from its first few seconds. The scene is set with sound alone, and when the film really gets going, we're treated to expert lighting and cinematography, strong performances from the actor, and an atmosphere of dread and certain death that never lets up. The only real flaw is with the sound mixing; the dialogue is often impossible to hear clearly. While there aren't many lines, it would be nice if we could have heard more of them.