On January 22, 2017, Italian artist Alessandro Biffignandi passed away at the age of 81. He was best known for painting hundreds of covers for mature-audience horror comics during the 1970s and 1980s. We're going to be showcasing his work as part of the Halloween festivities here at Terror Titans. You can read more about him at Wikipedia.

Biffignandi's art for the horror magazines is full of references to classic horror films and stories. It is also full of scenes of gore and sex--and voluptuous, scantily-clad women having sex with, or being assaulted by, zombies, vampires, and other creatures. There will be more nudity in these posts than typical at this blog, so if any of that offends you, you may just want to to skip all "Fear-filled Phantasms" posts this month. (But if you're not offended, maybe you'll have fun playing "spot the cinematic references"!) 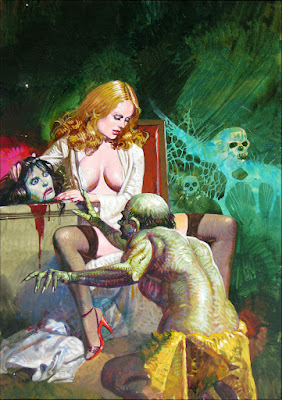 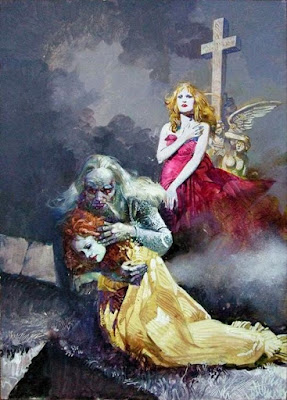 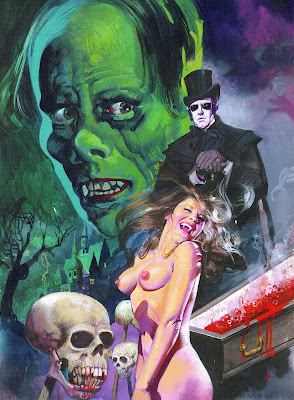