They say French films are tres magnifique... because they're French films. If they're talking about tonight's excursion into horror, they're right. It may not break any new ground, but it's well acted, well-executed on every technical level, and it doesn't waste a single second of screen time on ineffective "tension building" (which is an all-too-common mistake I find in these short films). 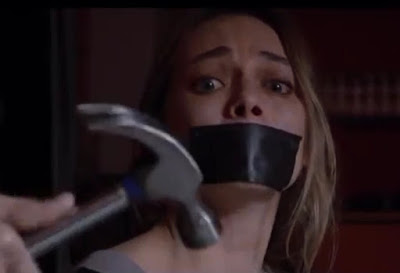 The weekly "scary movie night" with friends gets a little too real for Sophie (Ponche) on her walk home...


(Before anyone writes me: I KNOW this is a film made by Belgians, not Frenchmen. But I rarely get to mock film snobs, so I had to take this opportunity, no matter how weakly motivated it was.)