There's some thing lurking around deserted parking lots at night... so beware! We're starting this, the second week of  the 31 Nights of Halloween with two cautionary tales. We'd hate for any of our visitors to fall victim to the Moonlight Man! 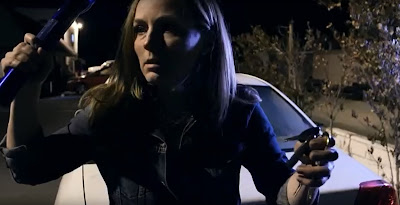 (These are both really nicely done mini fright films, especially the first one. It's particularly nice the way writer/director Danny Donahue varies the tone of the two shorts.)