Terror on the Thirteenth: Seagrass

Here's a little something that will bring a chill to the waning summer heat...
Seagrass (2019)
Starring: Charlotte Butcher
Director: Dylan Clark
Rating: Ten of Ten Stars
A teenager (Butcher) is cleaning up the beach at the end of summer when she comes upon something more than just trash. 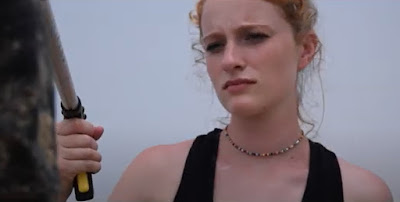 I considered holding this great short film from Dylan Clark for the annual Terror Titans 31 Nights of Halloween short film festival, but I decided that it's best seen during these waning days of summer. It is also a preview of some of the excellence I have planned for next month--as it's a horror short film that does not need jump-scares or overblown music to build dread or conclude on a surprisingly shocking note.


More greatness from Dylan Clark will be seen in this space, next month.