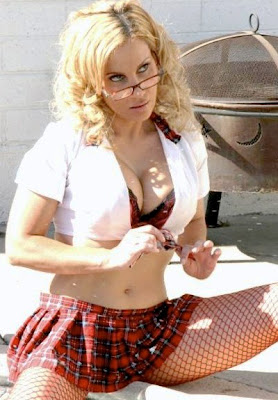 Diana Terranova is best known for her role as a super-powered cheerleader on the sci-fi television series "Heroes", but her resume is full of appearances in low-budget thrillers, sci-fi films and horror flicks where her presense in the cast was, to a large extent, dictated by her two most obvious talents.