John Williams is unarguably one of the greatest composers of the 20th century, and he may well be the most talented person to ever write and conduct music for film. So many of the movies he's written music for didn't deserve him, and the presence of his music didn't just enhance them, it elevated them.


One Williams score that has stayed with me to the point where its main theme pops unexpectedly into my head every so often is "The Fury." It was written for a 1978 Brian De Palma film that mixed elements of a spy thriller with horror, as a retired spy (Krik Douglas) seeks to rescue his son from a sinister government agency that is hoping to train psychics into super-spies.,, and far worse.

"The Fury" is one of Brian De Palma's best films--I know that isn't saying much, but this is truly a great movie. If you liked "Scanners" or "Firestarter," you need to see this one. It's better than either and it came before either. It's a great movie, and Williams created a score that's worth of its greatness. 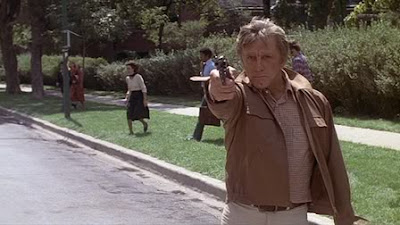 For some reason, however, "The Fury" appears to be one of Williams' lesser known efforts. I hope to change that a little with this post. Click on any of the YouTube videos below. Sit back and enjoy. The let me know if you don't think whatever piece and cue you consider to be Williams's greatest doesn't pale in comparison.

First... the "Main Theme from 'The Fury'" as it was heard on the soundtrack album. It starts quiet and more than a little sinister, but Emperor Palpatine wishes he had a theme this majestic, and Darth Vader is clenching his fists in jealousy that it wasn't written for him.


After that taste, here's a symphonic arrangement of the main themes from "The Fury," arranged and conducted by John Williams himself. Enjoy!