For the third year in a row, I bring you a flag-draped Scream Queen for the Fourth of July, officially making it a tradition. 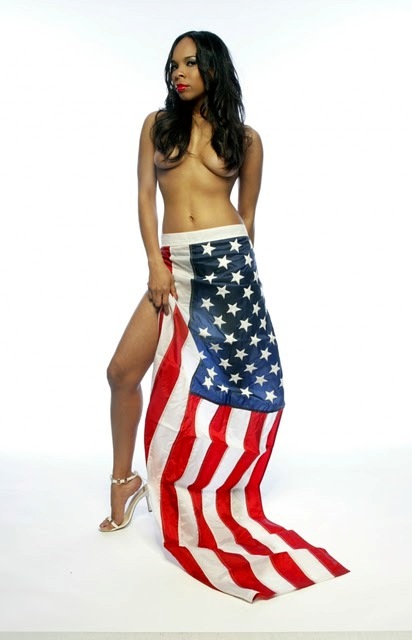 Celebrate Independence Day with Cherie Johnson, a child actress who got her start on "Puniky Brewster" and made a successful transition to adulthood in front of the camera with roles in horror films such as "Dead Tone", "Killer Weekend" (both 2007), and "Raven" (2010).

Posted by Steve Miller at 12:00 AM 2 comments: Links to this post