Terror on the 13th: Smiling Woman 3 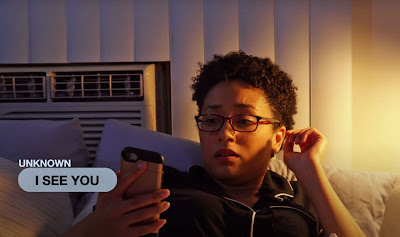 The yellow-clad, text-messaging ghost of the Smiling Woman series engages in a little home invasion to pass along the curse in this installment of what is something of a signature series for filmmaker Alex Magana.
Smiling Woman 3 (2021)
Starring: Teru Hara and Prathyusha
Rating: Six of Ten Stars
Posted by Steve Miller at 1:01 AM No comments:

A Fear-filled Phantasm by Richard Sala 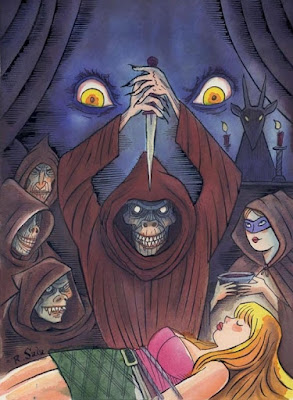 Posted by Steve Miller at 12:34 AM No comments:

She was a good at dancing as she was at killing monsters. Wherever the dance troupe's touring schedule took it, the Creatures of the Night and other beings of evil turned from being the hunters and into the hunted. 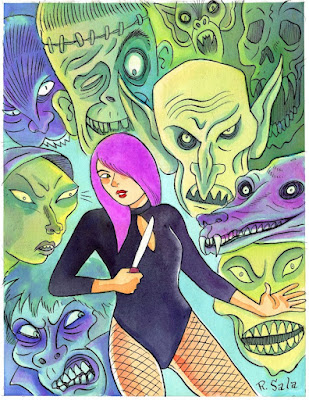 This Fear-filled Phantasm is brought to you as a warm-up for International Dance Day, which is one week from today, on April 29. You can see many more pictures of more daring dancers (and a few related films and reviews) at the Shades of Gray blog by clicking here.

They followed the old map deep into the woods, hoping they would bring back evidence that the Green Man is real. But he found them first! 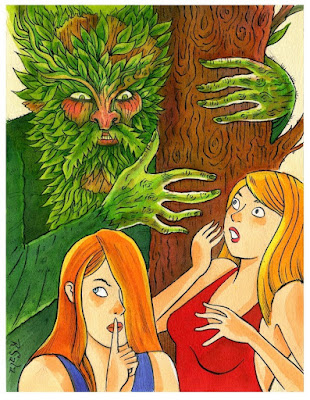 The first Monday of every other month during 2022 is Bloody Mary Monday here at Terror Titans; it's the day on which we bring you short films about young women trying to summon evil spirits in front of bathroom mirrors. 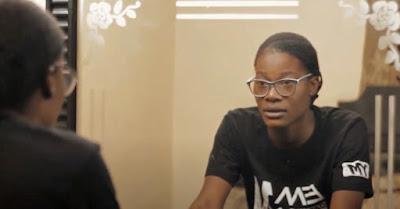 It's easy to see why the young woman in tonight's offering didn't get the result she was looking for: She does everything wrong.
Bloody Mary (2021)
Starring: Tiza Chibesa
Director: Skulo Banda
Rating: Six of Ten Stars
(I like the variations and mixing of spooky stories in this one, but I wish the filmmaker had either put a little more effort into the sound mixing or just omitted some of the sound effects entirely. The film could also have benefitted immensly if the second half had been tighter.)
Posted by Steve Miller at 1:01 AM No comments:

A Fear-filled Phantasm from Richard Sala

As a little girl, the Thing in the Closet terrified her, but she outgrew the silly fears. Now a high school senior, and the hostess of a slumber party, she jokingly convinced her friends to use a Quijiboard to communicate with it... 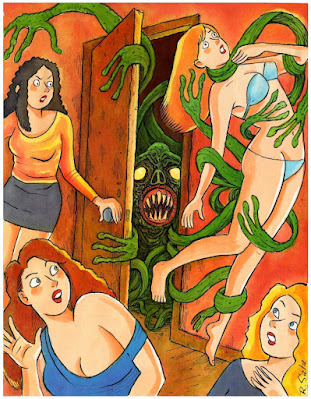 Terror on the 13th: Smiling Woman 2

As the title makes obvious, tonight's selection is a sequel; you can watch the first film in this series, here.

The Smiling Woman series is something of a signature effort for writer/director Alex Magana. In this installment, it emerges that the ghost of the title is something of a "wandering curse", an element we also find in another of Magana's short film series, Don't Fall Asleep.

We hope you enjoy this spooky film... and that you, too, will begin to wonder why the Smiling Woman is haunting women who are alone in the early hours of the day. (We have a "fan fiction"-type backstory for what's going on that maybe we'll share in this space some day; we hope these films will inspire similar your imaginations, too!) 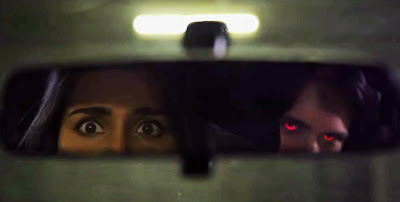 An officer worker (Prathyusha) at the end of a long day is pursued through a deserted parking garage by a crazed woman in a yellow dress (Fullinwider).

Posted by Steve Miller at 1:01 AM No comments:

She expected the rainbow to lead her to the heist that would put all others to shame... but she didn't expect there to be that many leprechauns!
It's Cat Burglar X vs. The Little People in "The Saint Patrick Day's Heist"! 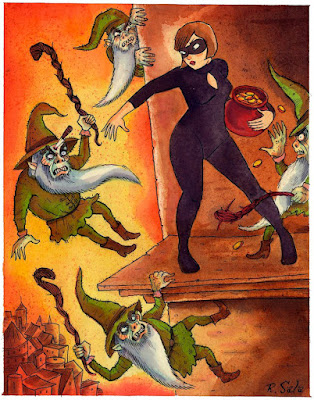 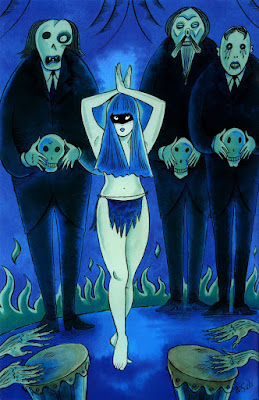 As is fitting, there are two ways to interpret the events that unfold during the film. We'll leave it up to you to figure out what the two interpretations may be. But you're welcome to use the Comments section below to share them with the world.

Terror on the 13th: Cursed Neck 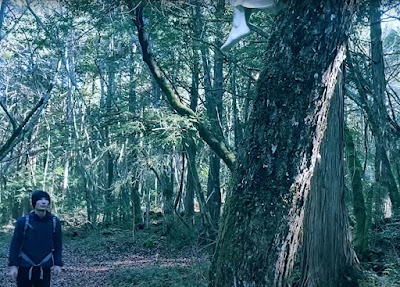 I recently came across writer/artist/filmmaker Yuki Shinyokoyama's YouTube channel, and he has a bunch of really interesting little horror filmlets there. They are a bit rough around the edges and the special effects leave a little to be desired, but they are still neat, ghost-centric horror shorts.
Here's the first of a handful of films that'll be featured here at Terror Titans, as we wait for the 31 Nights of Halloween to return. Here's hoping it doesn't put you off hiking!

You can visit Yuki's website here.
Posted by Steve Miller at 4:44 PM 2 comments:

This week's vision from Richard Sala: Her Blue Haven. 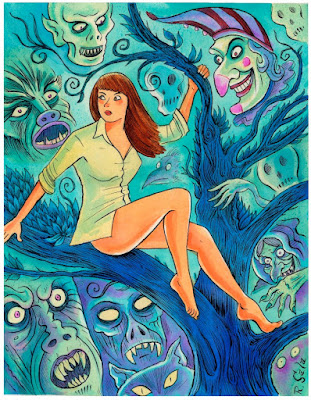 But is she safe from the nightmares crowding around her, or are they being created by what she thinks is a safe space? Is she in Heaven or Hell? 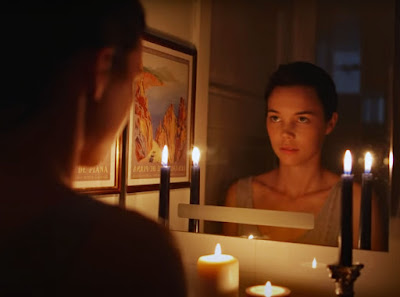 Every couple months, until the 31 Nights of Halloween return in October 2022, we're going to bring you a mini-chiller based on the "Bloody Mary" urban legend. We hope you enjoy! (Please let us know in the comments... and click through to YouTube and let the filmmakers know what you think of their efforts with at least a "Like"!
We're leading off with a young Swedish lady who set out to see if the Bloody Mary story is true. How does it turn out? Well...
Bloody Mary (2016)
Starring: Hedda Stiernsted
Director: Alexander Ronnberg
Rating: Seven of Ten Stars
(This is a pretty straight-forward version, but everything about it is competently done and the pacing is spot-on. The featured actress began her professional career as a child, and she has been a regular cast member on several television series in Sweden.)
Posted by Steve Miller at 1:01 AM No comments: 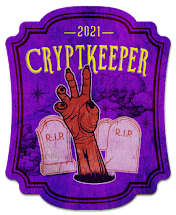