Jason has been doing his annual training regiment, so he can be in full fighting form come the next Friday the 13th. Please enjoy this mini-documentary (and music) all about everyone's favorite misshapen, demon-possessed, masked mass-murderer and how we works out.

Terror on the 13th: Reflection

Who ya gonna call when your bathroom's haunted? The young lady in tonight's film probably wishes she knew.... 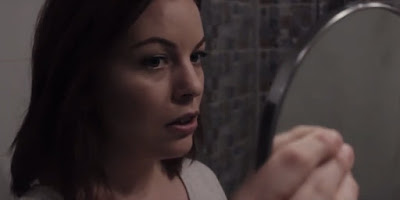 Terror on the Thirteenth: Be Mine

It's the 13th of the month AND the day before Valentine's Day. So we bring you a very special short film!

Avoid 'The Swamp of Ravens'

A mad doctor is exploring gene therapy to "cure" the condition known as death and to show its relation to evolution. Or something like that... 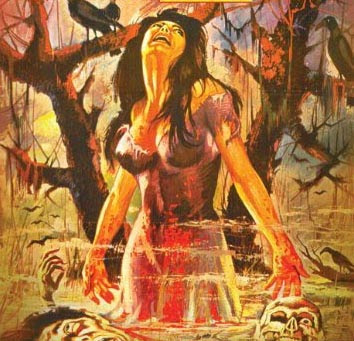 "The Swamp of Ravens" is an atmospheric film that sets out to be a modern-day take on the Frankenstein legend, with its protagonist being some sort of medical doctor or scientist bent on identifying the factor that separates life from death. Sadly, its story is so muddled, the motivations of the characters so confused, and the characters so ill-defined that you're going to be left wondering what the heck you've just watched by the time its over.

For example, the scientist SEEMS to have accomplished some sort of scientific breakthrough, given that his assistant is apparently a re-animated corpse... and the "failures" he tosses in the titular swamp outside his secret research shack are likewise undead and lurking just below the surface. Or are they? Are the presence of zombies in the muddy waters just figments of the mad doctor's imagination? They kill a vagrant, so maybe not. But then why isn't he trying to figure out what's animating them?.Is he trying to make the soul/awareness of his subjects stay with the body beyond death? Whether the writers knew or not, you won't by the time the film is over.

Although the film has plenty of atmospheric shots and stylistically presented violence, the creepiness of it all is undermined by perhaps one of the most wildly inappropriate soundtracks I've ever come across. Have you ever seen one of those British sex/manners comedies like the "Carry On" series? Well, that is where this music belongs, not in a film about a mad doctor who is a sexual sadist who turns his girlfriend into a test subject in a fit of jealousy. So, as far as the technical aspects of the film go, it's one point its favor and five points against.

Oh... a minor nitpick: There are no ravens in the film. The swamp in question seems to be home to a flock of turkey buzzards, but no ravens. Still, the shots of the buzzards are pretty creepy... and I suppose "The Swamp of Turkey Buzzards" doesn't make for a very attractive title.

Every 13th between now and October, a horror morsel appear here at Terror Titans. We hope to keep visitors in shape so no one suffers heart attacks from fear come the next 31 Nights of Halloween! This month's offering was released too late in 2019 to be considered for inclusion in our festival of mini-frights... which is too bad, because it's a good one! 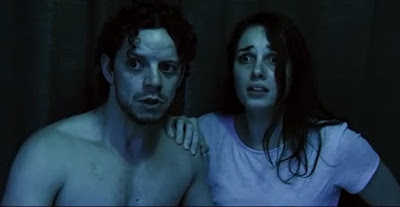 Do You See It Too? (2019)
Starring: Jay Podmore and Chlöe Crump
Director: Lliam Banks
Rating: Eight of Ten Stars

On a dark and stormy night, a strange creature invades a couple's home. But what (or whom) is it truly after?


Posted by Steve Miller at 4:44 PM No comments: