Despite title, this movie is not a Godsend

A couple (Kinnear and Romijn-Stamos) agree to have their dead son cloned by a enigmatic doctor (De Niro) with inscrutable motives. Eventually, they discover that something is horribly wrong with their second first child...

"Godsend" attempts at being a science fiction film and a thriller and it fails miserably at both. It's based on science so nonsensical that even the most openminded and willing to suspend disbelief viewer will be rolling their eyes, and the plot only gets worse when you toss in the spiritual/reincarnation/cosmic destiny component. Worse, the story is the worse kind of stupid, because there are far, far easier and more sensible ways for the story's bad guy to achieve his goals. (The rationale for the lame complications in the story might be "he's crazy", but that's the sort of cop-out that no remotely professional writer should ever have to fall back on. It's the only one that seems to apply here, however.) 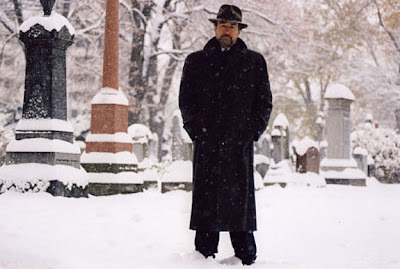 Greg Kinnear gives one of the most over-the-top, hammish performances in the history of cinema, Cameron Bright is his usual Creepy Kid character, and Robert De Niro seems to just be there to collect a quick paycheck. Romijn-Stamos is okay, but she was better in "Lies and Alibies", which isn't saying much.

If you want to see a thriller that includes a cloning angle and a modern-day spin on the whole "tampering with things Man Was Not Mean to Know" spin to it, you're better off seeking out a copy of the 1976 sci-fi thriller "Embryo" with Rock Hudson. It's a superior movie on every level (and one I just realized I still have never written a review for. I'll have to rectify that in short order).


Trivia: Robert Di Niro was originally slated to play little more than a cameo, but once production started, it was decided to expand his character's role in the story. Maybe what we have here is the result of first draft efforts making their way into a final product.

Posted by Steve Miller at 12:02 PM No comments:

'Outpost' is the place where ghosts meet mad science

A group of mercenaries are hired to escort a scientist to a desolate area within a civil-war torn eastern European nation. Here, they find a bunker that's been abandoned since WW2, a bunker that houses a Nazi experiment that was never quite brought to a close.... 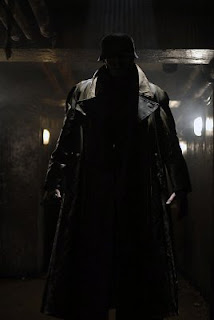 "Outpost" is a pretty straight-forward, no-frills horror movie where our cast of tough guys spend ten minutes getting to the "haunted house", half an hour realizing they're not alone and they're in big trouble, and the last hour trying to figure out a way to save themselves while being slaughtered one by one.

This is a decently paced fright-fest that offers up a pseudo-scientific explanation for the origins of the undead/time-lost Nazi monsters our unsavory mercenary heroes come up against. (Ah, the Nazis... has any other group of lunatic scumbags been as rich and varied a source for so many genres of movies and fiction?)

The only complaint I have is that I wish the writers and/or director had spent a little more time on figuring out the how's and why's of the creatures; their abilities and strength seems to change and vary for no reason other than plot demands. That isn't enough to knock the film to the low end of average though.

For a frightfest that won't put any strain on your brain, I recommend "Outpost".

Posted by Steve Miller at 11:28 AM No comments: