'Killer Weekend' is made watchable by strong acting performances

An abusive husband (Roberts) goes full-scale psychopathic killer when his sister-in-law (Farrell) and friends come to spend the weekend with his wife (Colby). 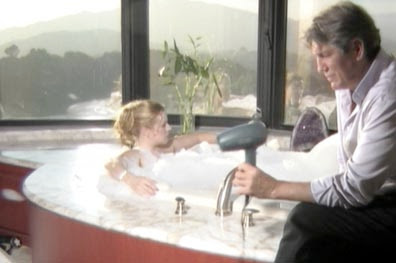 "Killer Weekend" is one of those films that is technically incompetent on almost every level--the dialogue is clunky, the script is badly done with virtually no story element properly developed, and the cinematography is incompetent with many scenes being badly framed and a number of traditional niceties being almost completely absent (I think I only noticed one proper two-shot in the entire film)--but which is made watchable by strong performances by actors who deserved better material than what they were working with.

The main reason to watch this movie is Eric Roberts. He is once again playing an eccentric lunatic, but the combination of smarm and homicidal mania makes the character lots of fun to watch. The character is, like every other character in the film, paper-thin, but Roberts plays him with such psychopathic glee that it hardly matters. It would have been nice if he had been a little less of a cypher as far as where he had come from, how he got to be so rich, and why he went from being an abusive control freak to a psycho-killer, but Roberts is so good here that I can forgive the bad story-telling.

Two other stand-out performances are given by Frida Farrell (strangely credited as Frida Snow) and Cherie Johnson. While Farrell's character ultimately ends up as a stereotypical last-minute bad-ass who survives via bad writing, and Johnson's character ultimately ends up as just another murder victim (although dispatched in one of the more sadistic ways in the film), the performances given by both of them make their characters rise above the bland writing. If a little more effort had been put into the script, these would have been great characters--Johnson's character in particular since there were hints about her being psychic. Those hints didn't go anywhere, though, and ultimately just end up as a random, pointless element in the story--like the Mexican gardener who stumbles around for two days fatally wounded, or the two house guests who arrive in a separate car. If these two fine actresses had been given better material, they could have been great here. (And speaking of better material--if you're going to put a shower scene in your film, especially if its got a hottie like Farrell in the shower, pay her enough money to make the shower scene matter!)

I am rating "Killer Weekend" a generous Three Stars, almost entirely on the strengths of the performances given by Roberts, Farrell, and Johnson. Almost everything else here is either forgettable or bad--although I will say that the death of Johnson's character is one of the creepiest ones I've seen in my 30 or so years of watching horror flicks. In fact, all the business surrounding the samurai sword is extremely disturbing and far better realized than any other part of the film. Still, the bad here so outweighs the good that the only reason to check out this film is if you're a fan of Roberts or looking for something to round out a slasher movie-centric bad movie night.

Posted by Steve Miller at 8:56 AM No comments: 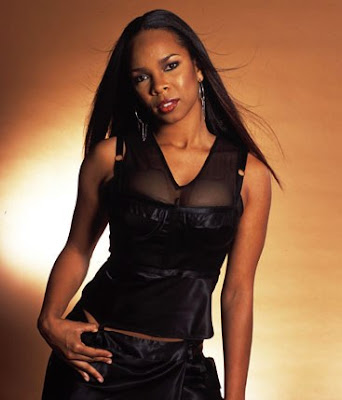 Cherie Johnson got her professional start at the tender age of nine with a starring role on "Punky Brewster" (1984 - 1988). Television audiences could then watch her grow up, as she went onto playing a lead role on other sit-coms, such as "Family Matters" (1990 - 1998) and eventually made a successful transition to adult actress with a recurring role on "The Parkers" (1999 - 2003).

In recent years, Johnson has focused her career on feature films, with a few direct-to-video works thrown into the mix. A handful of horror movies can be counted among the 20 movies she has been featured in over the past decade, namely  "Dead Tone", "Killer Weekend" (both 2007), and "Raven" (2010).

Posted by Steve Miller at 2:46 AM No comments: 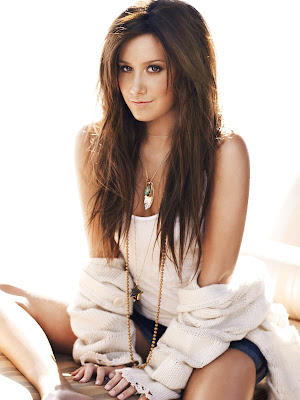 Born in 1985, Ashley Tisdale is an singer, dancer, and actor who got her start in show business at the age of 10 with cartoon voice work. She spent her teenage years appearing on dozens of television shows in parts that ranged from one-shot appearances, supporting roles, to starring. She is perhaps best known for her role as Sharpay Evans in the "High School Musical" made-for-TV movies.

Over the years, Tisdale has had a smattering of horror roles, starting with "Donnie Darko" in 2001. Appeared on the telelvision series "Charmed", provided the voice for Sabrina  in "Sabrina: Secrets of a Teenage Witch", and starred in "Scary Movie 5.". She is currently filming "Left Behind," which is slated for release in 2014.
Posted by Steve Miller at 12:00 AM No comments: 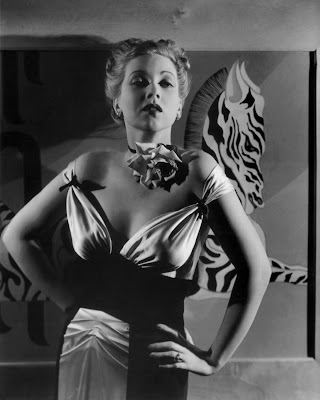 Ann Sothern was multi-talented actress and singer who appeared on stage, radio, film, and television. She was a tremendously popular comedienne and leading lady during the 1930s and 1940s and one of the early superstars of television with starring roles in the long-running comedy series "Private Secretary" and "The Anne Sothern Show" during the 1950s. 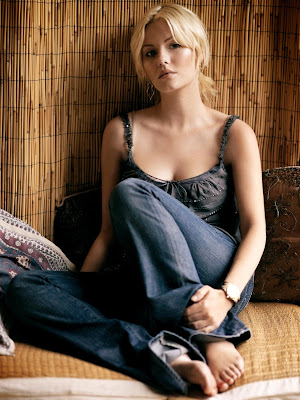 Born in 1982, Canadian Elisha Cuth gut her start in showbusiness as a child model. Her first acting job came on the kids-friendly horror anthology TV series "Are You Afraid of the Dark" (in 1996, and she returned to the series for the 1999 and 2000 season). At 17, she moved to Los Angeles in order to further her acting career. Her first big break came in 2001 when she landed the part of Kim the Fox series "24," a part she played on and off throughout the 2000s.

Cutherbert's acting resume is a diverse list of comedies, dramas, and, of course, horror. In addition to her recurring role on "Are Your Afraid of the Dark" she also appeared in the "Are You Afraid of the Dark" made-for-television movie (2000), the equally kids-friendly chiller "Believe" (2000), teen-oriented horror films "House of Wax" and "The Quiet" (both in 2005), and the badly marketed horror flick "Captivity" (2007).

Cuthbert is currently starring in the sitcom "Happy Endings".
Posted by Steve Miller at 5:43 AM 3 comments: