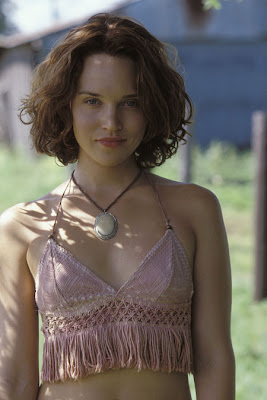 Leerhsen's first major film role was in "Blair Witch 2: The Book of Shadows" (2000), a valiant, but misbegotten, attempt at blazing a new path following the runaway success of the "found footage film" that launched a thousand imitators "The Blair Witch Project".

For the past decade, Leerhsen has remained busy with occasional guest-shots or ongoing supporting roles on various television dramas, and most her her big-screen time being divided between appearing in horror films, such as the remake of "The Texas Chainsaw Massacre" (2003), "Living Hell", "Wrong Turn 2: Dead End" (2007); "Living Hell" (2008), and "Lonely Joe" (2009); and Woody Allen films, such as  "Hollywood Ending" (2002) and "Anything Else" (2003).

Leehrsen has also made inroads into the theatre, appearing in stage productions such as Woody Allen's "A Second Hand Memory" in 2005. However,. she remains a front-and-center scream queen--with a heavy emphasis on scream, as there is no question that Leehrsen has one of the best set of shrieking pipes in the business today--and this past year she starred in the psychological thriller "The Message" and appeared as part of an all-star cast in "The Butterfly Room".

Leehrsen recently completed work on "Phobia", a Victorian-period horror film in which she plays a doctor treating a patient who may or may not be a vampire. It was screened for cast and crew earlier this month, but no release date has been announced as of yet. 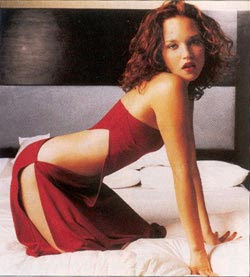