'Project Vampire' is a failed project

A mad scientist, Dr. Klaus (Natwick), is perfecting a longevity serum that turns those who use it into vampires. A brave intern from the univsersity hospital (Knudson), a kind-hearted nurse (Gemmill), and a Chinese genius (Cho) join forces to save themselves from the effects of the serum and to stop Klaus's convoluted schemes from coming to fruition. 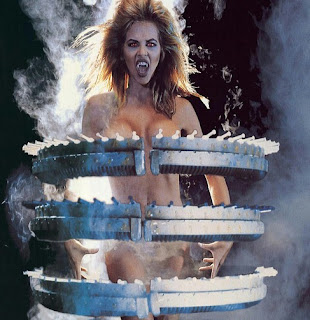 At the center of "Project Vampire" is a neat idea--I like the notion of the vampire serum--but that idea is brutally strangled by a script so badly structured I doubt the writer/director has even heard the term "three-act structure", and then dumped in a shallow grave by a cast of actors who have almost certainly heard the phrase "don't quit your day job" many times. To make matters worse, the film is a mixture of a chase story and a race-against-time story, but both of these normally dramatic plot-types are made deadly dull by chase scenes that have all the excitement of my daily commute to work.

(In fairness, I may actually be being a bit harsh on the actors who star in this picture. Mary-Louise Gemmill and Myron Natwick both have extensive credits to their names, albeit as a voice actress and bit-player respectively--taking center stage may not be where their talent lies, or maybe they were let down by director Peter Flynn. Flynn has been a prop-maker for a host of high profile television series and movies but this was the one and only film he's directed.

In the end, "Project Vampire" is yet another badly executed low-budget film where a good idea falls victim to a shortage and/or misdirection of talent. (It's also the only film of recent vintage that features a Chinese character that brought to mind Lionel Twain's rant at Inspector Wang in "Murder By Death" about geniuses being unable to grasp the use of preposition, articles, and pronouns when speaking.)