An psychopathic witch (Aguilar) resurrects the evil vampire Countess Bathory (Saly) in a quest for ultimate power and eternal life. But she didn't count on the intervention of Waldemar Daninsky (Naschy), the tragically heroic reluctant werewolf and his sexy sidekick Karen (Hernandez). 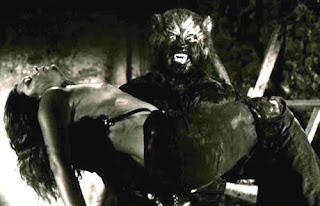 By the time he wrote and directed "Night of the Werewolf", Spanish actor Paul Naschy had played the continuity-challenged werewolf character Waldemar Daninsky nine or ten times (depending on whether one counts a movie that may or may not ever have been released), and this film assured him his place in history as the actor to play a werewolf in movies more than any other actor. And he went on to play a werewolf six more times--including three more appearances as Daninsky.

It is therefore not surprising that "Night of the Werewolf" has a very familiar feel to it. Naschy follows the formula of previous outings--Daninsky is a recluse, trying to deal with his monstrous side, who is forced back into the world, first to save the film's love interest from bandits/rapists/her own stupidity... and then to save the world from an evil greater than he. And, in the end, Daninsky wins by performing the ultimate sacrifice and/or must himself be slain because the werebeast within him is too strong to overcome--hitting most of the same plot and emotional notes that worked in previous films.

The plus in this approach is that if you liked previous Naschy outings, you're bound to like this one, as there are just enough variations to the formula to add a little freshness to the going-ons. The negative side, however, is that if you didn't like the previous films, you want to avoid this one like it was a plague carrier. The twists on the formula won't be enough to make this film worth your time.

Decently acted and featuring a script that tries to address some of the common Stupid Character Syndrome mainstays of the vampire and werewolf movie--like why do vampire killers never seem to go looking for the monster's hide-out during the daytime, and why doesn't the werewolf always just lock himself away when the moon is full--it's further augmented by beautiful women who take their shirts off every now and then. While there are some awkward scene transitions and disappointing werewolf transformation effects, the good ultimately outweighs that bad.

Fans of Hammer Films' gothic horrors from the 1950s and 1960s may also wish to seek this film out. Naschy captures the mood of those films perfectly in several sequences... even if his film looks a bit shabbier, because he didn't have Terence Fisher's gift for making $1.95 look like 1.95 million. Still, there aren't many good gothic horror flicks outside the Hammer Films canon, so one has to take them where one finds them. 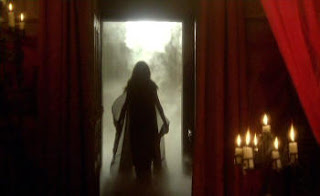 Reportedly, this was Paul Naschy's personal favorite of all the 12 or 13 Daninsky films, which is no great surprise as this was his first outing as both star, writer, and director. Personally, I think "Werewolf vs. Vampire Woman" (of which this film is, essentially, a remake) is better, but I enjoyed this one, too.