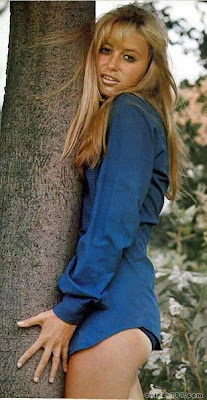 Born in 1950, Susan George started acting at the age of 4, and she was one of the few with enough talent, discipline, and good representation to make the successful transition from child actor to adult star. has enjoyed a long and varied career both in front of and behind the camera.

George's first major television role cames in 1963 when she starred in kids' adventure series "Swallows and Amazons" and in 1966 she had her first film role "Davey Jones' Locker."

The following year saw George appear in her first horror film, the Boris Karloff-starring "The Sorcerer." For the next decade, the busiest of her acting career, George would star in numerous television and cinematic horror films, such as "Dracula" (1967), "Die Screaming, Marianne" and "Fright" (both in 1971), "Dr. Jykell and Mr. Hyde" (1973), and "Tintorera: Killer Shark" (1977).

As of 1995, George mostly retired from acting, choosing to focus on her horse-breeding business. She has taken a few small roles since then, with her most recent horror credit being the short film "The Silence" (2010).