31 Nights of Halloween: Shall Not

I just realized that this is the first "Babysitter in Trouble" film during this year's 31 Nights of Halloween. That's a major change from some past years where it seeme like every other film I thought worthy had the sitter menanced by ghosts, mad slashers, monsters, or the ghosts of mad slashers who were monsters. Maybe they're all dead?


As far as tonight's selection goes, what litte dialogue there is in ths film could have been a lot better scripted, and I wish the director had made the effort to give a sense that more time passed than just the five minutes it takes to watch the film--because from the basic events it's obvious that hours do pass, but it doesn't feel that way while watching. I also would have liked a better set-up of the main character. Despite its flaws, however, "Shall Not" is an atmospheric, creepy little movie that's worthy of your time this Halloween Season! 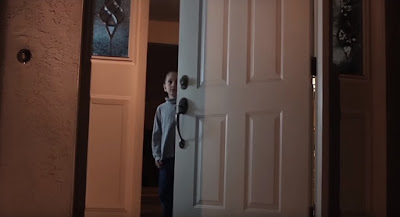