31 Nights of Halloween: The Whisperer

As Halloween draws near, the whispering voices in the shadows may grow louder... but are those voices real or just a figment of the imagination? That's the question the young woman (played by Casey Fitchner, in her second appearance in this year's mini fright film festival) in tonight's film is facing. 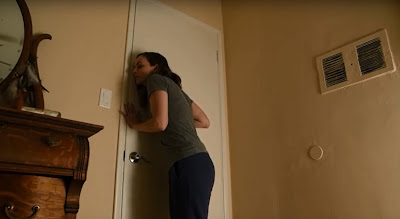 
This film has a great build up, but it kinda fizzles at the end, hence the Six Rating.