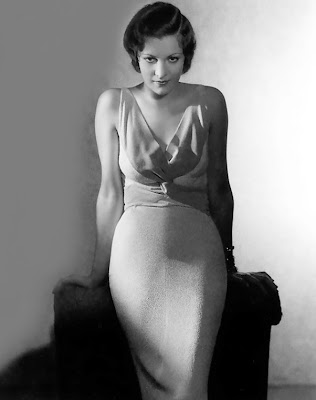 Irene Ware is among one of the most under-appreciated actresses of the 1930s, both in her own time and now. She might not have had Fay Wray's pipes in the screaming department, but few damsels in distress have ever had the ability to light up the screen whenever they appeared... not to mention elevate entire movies by just being in them.

Irene Ware used $1,000 won in a 1926 beauty contest to move to Hollywood in search of show-business stardom. Like many actresses her day, she appeared in movies of every possible genre, but in almost every role she showed amazing grace and poise. These qualities shined especially brightly during her starring turns in "The Dark Hour", the "Return of Chandu" serial and "The Raven," one of the best films that Bela Lugosi appeared in.

As the 1930s wore on, Ware found herself getting smaller and smaller parts, rather than moving up the starlet food chain. In 1940, Irene Ware retired permanently from screen acting after marrying writer John Meehan. She passed away in 1993.